‘By any means, get a shot!’ should be your philosophy if you wish to make it big as a paparazzi. But if you are dealing with someone like Britney Spears who likes to give the paps a call before venturing out of her home, then it’s ‘no poblemo’. But sometimes, you do have to call on your good old tactics to get that prized celeb photo. 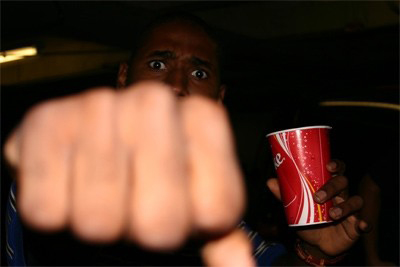 One sure-fire trick to get a famous photo is to provoke a star Intentionally!
When someone like Quentin Tarantino asks a simple question like What’s going on here, don’t respond. You are sure to catch a good take of a famous director getting loose of his wits. Then he’d go slapping someone around while threatening him to a beat-down. Now that’s definitely a worthy shot. Problem is you are the victim. But hey, it’s just part of the operating costs, isn’t it?

Or you can stage a car accident with Catherine Zeta Jones. Now that will definitely drive her out of the car and into your clear shooting view.Maybe you should try and videotape Woody Harrelson while he’s headed out of a famous celebrity club after a night of fun and relaxation. If he asks you to stop shooting (nicely at that), don’t badger until he tries and choke you to death. Then you can go to the police and recount your near-death experience. Don’t forget to file a law suit!

You can also take your minivan into action and have it rammed against Lindsay Lohan’s Mercedes. Now you, and about three other paparazzis, can get a good shot of the teenage star in her distraught state.

You can also follow Reese Witherspoon to the elevator while she takes her daughter to a pediatrician. Then scream profanities right smack in her face. Don’t forget to put your camera into a rapid-fire click mode. Now you can get pictures of that charming face getting all shocked and morbid. Maybe she won’t be too adorable anymore. Or you can have her car sideswiped after a day spent at the gym. You can even go ramming the back of her car.

Also, you might want to catch Hugh Grant in a bad mood, maybe after he’s just broken up with girlfriend Jemima Khan. Ask him to give you a smile and be surprised as you get chased down the street and kneed at the groin. Then you can go to the police and give a full report on how the actor launched a tirade of abusive words against your children, wishing that they’d die of cancer. 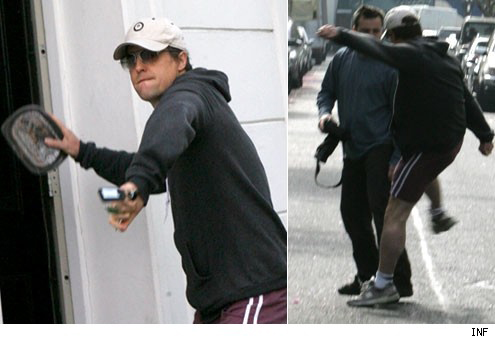 Now you ask, are these tactics legal? The Right to Privacy holds the credence it deserves as accorded by the Law of the Land, but it does have its loopholes. One of these loopholes is a person’s attribute that makes him worthy to pass for the category ‘public figure’. And so long as you are taking the picture from a public land, maybe from the street across the star’s home or on top of a nearby tree, you can get around the law.

Just make sure that you are not taking Sienna Miller’s celebrity nude photo while shooting the movie ‘Hippie Hippie Shake.’ You just might get awarded with $75,000 worth in damages as payment to the actress. But then again, it’s just part of the operational costs, right?

If you are deadly keen on portrait photography, this is the most affordable portrait tutorial style eBook I know of. It answers many questions I admit I hadn’t even thought about and it’s high quality step by step information. You must get this! Especially at this price. More importantly, there are some excellent interviews with high profile portrait photographers who spill a few portrait secrets as well. There are a couple of products or should I say ebooks out there that are worth considering when it comes to picking up the finer points of portrait photography… nothing this good for this price though. Truly, this is the best I’ve seen. If one ever better turns up, I’ll change this affiliate link but I can’t see that happening in the near future. Sacrifice a few cups of coffee this week. You can get it at this current price at my affiliate link. You will learn so much from this you’ll be amazed.