For a long while managing your photos was quite a task with photos being stuck in shoe boxes, ice cream containers, tax document boxes and you name it, it was probably used. Thankfully digital photography came along and swept us off out feet and produced heaven sent sloutions for storage. We can now sort, store and retrieve much more effectively but this era is not without it’s own issues… 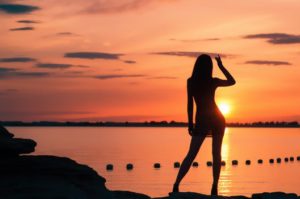 For a long while managing your photos was quite a task with photos being stuck in shoe boxes, ice cream containers, tax document boxes and you name it, it was probably used. Thankfully digital photography came along and swept us off our feet and produced heaven sent solutions for storage. We can now sort, store and retrieve much more effectively but this era is not without it’s own issues.

While digital SLR cameras have become popular even among amateur photographers there is also an increasing interest in fine tuning and tweaking photos for better visual affects and relevancy.

Windows Vista, which went on sale to consumers this week which includes an advanced photo management system that Microsoft calls Windows Photo Gallery. In addition, Adobe Systems, (maker of Photoshop), released a final version of Photoshop Lightroom, a program that has been floating around on trial for more than a year.

Keep in mind that photo management programs are not complete substitutes for full photo-editing software like Photoshop. That being said, they do offer the editing tools that photographers use most frequently to change the overall look of photos, like adjustments for exposure, brightness, contrast and color.

“It’s not about pixel manipulation, It’s about pulling the beauty out of the image.” said Rob Schoeben, vice president for applications product marketing at Apple.

Some programs assume that users want to fix and sort a large number of photos at the same time, for example after downloading them from a camera. Editing software like Photoshop offers batch processing options, but the working premise of those programs is that users will generally be working on one picture at a time.

There is a technique offered by some photo management software firms which is nondestructive editing. Through various means, the programs make sure that the original image is always left intact during editing. As a result, the original image files kind of plays the role given to negatives in the film world. That allows users to change their minds about edits. Unpopular details can be cropped out of photos one day and then restored when they return to favor.

It is said, that most designers of photo management software follow Apple’s option and offer two flavors of products. IPhoto, for example, costs nothing when you buy a new Mac, while its advanced cousin, Aperture 1.5, sells for about $300. Most average photographers will be happy with the standard program. However, digital S.L.R. owners who frequently adjust photos or who often take photos using the RAW setting, (saves all the color and exposure data gathered by the camera’s sensor in a large file) may find working with the more costly, more capable programs easier.

The reputation of Photoshop long ago made it the editor of choice for serious photographers. But it could be intimidating. However, the new Photoshop Lightroom is simple and elegant. One of its options enables photos to float on a black background, with the navigation tools appearing only when the cursor is dragged near the monitor’s edge.

Lightroom though, which will cost $200 for the next few months when purchased directly from Adobe, allows easy navigation through large numbers of photos, some of the other features need refinement. Lightroom cannot, for example, directly attach photos to e-mail messages.

Perhaps Mac users are given a discount because iPhoto, which can easily be integrated with any version of Photoshop for advanced editing, is a better way to manage photos. For Windows users, Photoshop Elements is a relatively inexpensive way to purchase the leading editing program and a competent photo manager in the same go.

Microsoft’s interest in photo management software is not confined to Vista. Not long ago, it bought iView Multimedia, the maker of MediaPro, a $200 program with a reputation for working quickly when searching through large numbers of photos. It can also store other data, including video and music. Also, MediaPro will become a new program, Microsoft Expression Media. It will include additional features and cost perhaps $100 more.

Around since 2002, IPhoto clearly inspired several photo management programs from other companies. For most Apple users, nothing else is as easy to use. Although Aperture, offers several features that may help people who frequently amend their photos and who have substantial photo collections.

Aperture’s non destructive editing system also consumes far less hard-drive space over time. IPhoto preserves its originals by duplicating the full image when it is edited. Aperture merely stores a compact set of instructions indicating how to alter the master image to recreate the edits.

If Lightroom excels in navigation, Aperture leads the way in easy-to-use editing tools. Its only drawback is that the screen display can seem a bit crowded when on a laptop. As with iPhoto, however, users can easily toggle to a full-screen display that hides the editing and navigation accessories.

Microsoft acknowledges that the features supplied with earlier Windows versions did little more than allow users to get pictures out of their cameras and into their computers. The Windows Photo Gallery in Vista promises to improve that situation. As an extra, it can also keep tabs on pictures that have been moved to CDs, DVDs or external hard drives.

For Windows users without Vista, one of the best options costs nothing to download: Google’s Picasa (picasa.google.com). It integrates well with other Google services and it offers efficient editing tools. While it can manage images on external hard drives, Picasa can’t work with pictures on CDs or DVDs.

ACDSee (worth a look) from ACD Systems was a pioneer of photo management. Now, the company offers a basic version of its latest software, ACDSee 9, for $40. For an extra $90, ACDSee Pro handles RAW file conversion more quickly and allows greater customization.

Another software company, Corel, bought Jasc Software, an early photo software developer, about two years ago. One result of the deal is Corel Snapfire, a free photo manager, although users must put up with a small, ever-changing ad for Corel products in one corner.

It is somewhat like iPhoto in its concept and includes some advanced editing functions, such as the ability to straighten off-kilter photos. For complete novices, the software automatically analyzes images and suggests which ones might benefit from basic editing.

The free version is concerning: it does not offer any direct way to back up photos. Doing that requires you to buy Snapfire Plus for $40, this adds a few editing features and allows users to switch off the ads. Neither version offers non destructive editing.

Published here by Roy Barker. Roy guides you on starting a photography business and places strong emphasis on profitability issues & guidelines. This is where you can learn more on Photoshop. If you are seeking photography insights, help (mostly free) try a digital photography tip or two. For brief reviews on services or equipment (many free) see photography equipment