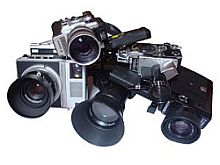 When beginning an examination of the use and varieties in digital camera lenses it is important to remember that the digital cameras have a sensor that is smaller than a 35mm film frame. This means that there is a significantly narrower field of view than that presented by the same lens on a non-digital 35mm film camera. This is the reason that digital photography is able to deliver smaller lenses such as 12 and 24 mm lenses as well as larger zoom and macro lenses at 200 and 300 mm.

Lenses project a circular image back into a digital camera’s sensor, which is able to capture or record a rectangular portion of the total image in the lens. The way to envision the operation of the lens is to think of them as long tubes held to the eye the shorter the tube the more of the overall scene is revealed, the longer the tube the more specific the amount of the scene. This is how lenses operate.

For example, a 100mm lens brings two times the magnification of the standard 50 mm view, meaning that less of the scene is registered in the lens or camera sensor. A basic rule of thumb for understanding the function of a lens is to remember the lower the mm numbers the larger amount of a scene is viewable in the lens. The larger the mm number the more magnified the original scene, and less of it viewable through the lens.

With that being said, digital lenses work in much the same manner as traditional film camera lenses. The 50mm lens delivers the same field of view as the human eye, including some measure of peripheral view. smaller lenses are considered wide angle for this reason, capturing more than the human eye measures. These are relied on for landscape photographs or those with broad perspectives.

The 70-300mm lenses deliver a longer focal length, narrowing the field of view and presenting smaller amounts of a scene. Such lenses magnify a portion of the view, bringing it in closer to the lens and filling the frame. These are sold as zoom lenses and some offer macrocapability, meaning they will focus clearly and deeply on tiny objects such as flowers or drops of water, and at speeds that will allow the images to be enlarged without disruption or digital noise. 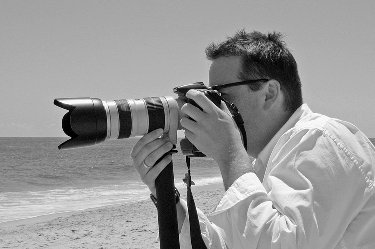 If someone wanted to take a photo of a bird on a wire they would need a longer focal range because the bird is likely to fly away if someone tries to approach it. The photographer would want to use a higher number lens, but may also want to investigate a zoom or even macro lens. This delivers a close focal point at a long distance, but eliminates many of the issues of digital photography such as pixilation and noise during enlargement.

An investment in a few good digital lenses makes sense for even an amateur photographer as they allow a great deal of experimentation and will always produce excellent results.

A contribution by Amy Renfrey – If you like Amy’s professional tips and teachings on the subject of photography, you can preview and download her tuition guide here. Many people praise her style and personal touch and I can vouch for her integrity.