Summertime generally means days of brilliant sun, time spent outdoors and in the water and lots of activity that isn’t as easily done during the colder and snowier months. If someone is a photographer, the summer months also mean exposing a camera to its greatest enemies – humidity, water, heat and overexposure to the sun. 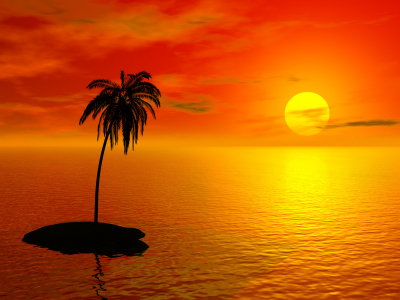 Summertime generally means days of brilliant sun, time spent outdoors and in the water and lots of activity that isn’t as easily done during the colder and snowier months. If someone is a photographer, the summer months also mean exposing a camera to its greatest enemies – humidity, water, heat and overexposure to the sun.

Modern digital cameras are far more sturdy and durable than earlier models, but they are still easily damaged by exposure to the elements and even strong knocks or blows. This means that in addition to performing regular camera maintenance, the summer months mean paying attention to the surroundings in which the camera is used.

Let’s begin with water – the beach, lake, pool or ocean will all easily and quickly kill a digital camera. Even prolonged exposure to excessive humidity will have some effects on a camera’s performance as well. This means that any time you risk a camera coming into direct contact with water (such as a day of boating, some time spent “tubing” down a river, or even when lounging by the pool) it might be a good idea to use a waterproof bag or housing meant specifically for those taking underwater imagery.

The Internet is a great place to find retailers of such bags, but there are also places that show you “hack” methods of building your own. Either way, it is best to give the product a “test run” before you use your camera inside of it. This sort of case can also prevent grit and sand from making their way into the camera as well, but they cannot save the camera from sun and heat damage.

This is the reason that summer camera care will also include the use of a waterproof equipment bag as well. Even though it might be more fashionable and convenient to tote your digital camera by its wrist strap, you can easily drop it and do serious harm. You can also allow sand or other materials inside of the housing, which will eventually destroy the working parts of the camera.

Any digital camera retailer will also usually offer high-end and fashion friendly cases that are padded and waterproof and can serve as a primary defense against the worst summertime camera problems. Of course, you will eventually use the camera and this means you will be exposing it to the final issue that harms a camera – overexposure to the sun.

Digital cameras take photographs via the sensor device, and if this pointed for too long a period of time into direct sunlight it can destroy or harm the sensor device. It can also damage the eye, so the best thing to do is limit the number of times the camera is aimed at the sun during any summer day of photography.

A contribution from Ami Renfrey