This is a very basic way to improve a photograph through a photographic cropping procedure, and most photo editing programs offer an enormous number of other options that can be put to good work during the process as well. 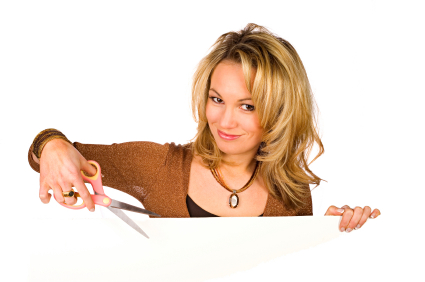 There are many rules in the world, and it is just plain frustrating to know that even our most creative endeavors, such as photography, will also have some standard rules as well.

Consider the “rule of thirds” which is a compositional tool that asks the photographer to divide their scene into a grid of three squares by three squares and to place a subject at one of the four points where the lines intersect or simply along one full line instead. This is considered to be the natural way that most eyes and minds will function and can actually become an intuitive approach to creating balanced images.

Okay, that is pretty easy to follow, but problems might appear in a completed photograph if the photographer failed to follow such a rule, or if they didn’t notice an area of weakness in the image as they were composing and taking it. Is such a photo beyond rescue? No, because a photographer can very easily apply a range of cropping actions to make a much stronger or appealing final image.

How do you begin the photographic cropping process?

Basically you must assess the image to understand what must be removed in order to improve the picture. Additionally, you may want to consider such things as tilting an image back into the upright or even into the vertical if that can give it a necessary element, such as motion or action.

Let’s consider a single example of the proverbial “less is more” rule, and take a nicely done landscape of a green valley behind which a snow covered mountain peak stands. The day was one with a cloudless blue sky and the entire scene was nicely captured in the final photograph. The problem is that the four side edges of the image offer too much scenery – at the top is too much blue sky and the remaining three edges seem to diminish the enormity of the distant mountain with their abundance of verdant growth. This is the perfect time to apply an effective crop that will reduce the overall image and allow the mountain the respect it deserves.

For such a moment the old rule of thirds should still apply with the top of the mountain falling along the upper line and the dark edges of the tree line hitting the lower line. This is a very basic way to improve a photograph through a photographic cropping procedure, and most photo editing programs offer an enormous number of other options that can be put to good work during the process as well.

A contribution by Amy Renfrey