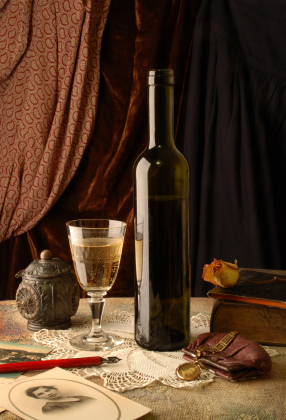 When you have an adjustable lens, you have the ability to zoom in and out on a subject.  Without this, you would have to physically move yourself around in order to include or exclude certain objects from your photographs.  Although to some degree composition is subjective on another level there are some age old principles of composition that most artists agree simply work.  These principles have been shared and passed down by photographers, artists and painters for generations.

The Rule of Thirds is a major principle in visual composition.  It has been used in all types of media for centuries and is still used.  This principle says that a photographer/artist should imagine their picture or

canvas as being divided into a 9-part, even grid.  The photographer should then aim to place the main subject of the photo along one of these lines or at one of the points where these lines intersect.  The theory behind this rule is the idea that when the main focal point (the subject) of an image is off-center it creates an image with more tension; it creates a more visually dynamic composition than when the subject is placed at the center of a photo or canvas.

Although using a phrase such as the Rule of Thirds sounds very rigid and inflexible, it really does not limit 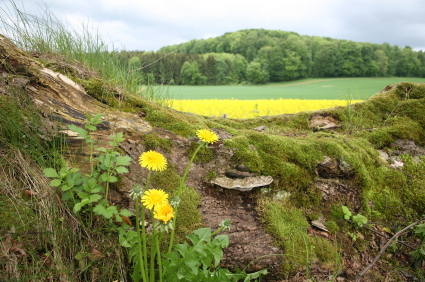 your imagination or your creativity.  In my opinion, it focuses it.  When using the Rule of Thirds you will still have many options as to how you create the final composition.  Furthermore, you are an artist and you are free.  When it really comes down to it, you could even choose to completely ignore this rule in the name of creativity.

I always recommend that photographers take as many photos as possible of a subject.  This allows you to experiment by changing the composition slightly and seeing how that affects the final outcome.  When I was a young photographer, I would take photos of the same scene many times over with different compositions.  Sometimes in the moment when I was taking the photo I could not decide which one would look the best on print so I would experiment and then analyze them afterwards.  Through doing this, I learned with time to quickly identify the best angles for photographs right off the bat with less experimentation needed.

A great way to learn and understand composition is to look at the work of other photographers greater than yourself.  There are many forums available for you to study and look at photographs to your heart’s content.  I enjoy looking through large photography books, there is also an unlimited number of photographic works found on the Internet and I also try to go to local photo exhibitions whenever I hear about them.  Among other photography principles, composition is one of the main things that I consciously study when I look at photographs.  Sometimes, a photograph just pull you in.  In fact, at times a photo can draw you from the other side of the room just for a closer look because its composition is highly compelling.

Good composition will take you very far as a photographer.  It is one of the most basic, foundational principles to be learned in photography.  All of the other technical skills used to create a photo, without good composition, will not work.  However a photo with great composition that does not have the other technical aspects in place can still be considered great.  Great composition should be pursued.  It probably will not come to you overnight (unless you naturally have a great eye) rather it is something that you will most likely develop with time; one picture at a time, one photo session at a time.