This story I’m about to pass on to you is common place and yet many photographers in the early days of their careers make small mistakes they could have avoided. I’m guilty of many of these little learning curve events. None more common than the customer or client exclaiming that you hadn’t told them it was going to be this expensive. 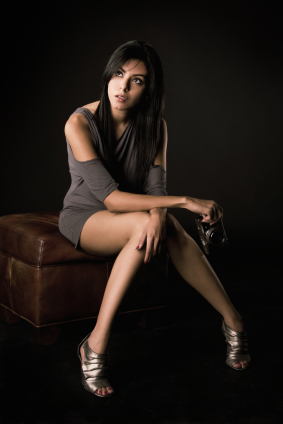 This story I’m about to pass on to you is common place and yet many photographers in the early days of their careers make small mistakes they could have avoided. I’m guilty of many of these little learning curve events. None more common than the customer or client exclaiming that you hadn’t told them it was going to be this expensive.

I was recently contacted by a subscriber who had produced magnificent pictures for their client’s wedding. Really went out on a limb and used an assistant, ladders, extended rods/poles, pre visted the church and reception locations and planned everything down to a detail etc. There was only one thing missing…

The photographer (remains nameless) visited the  customer with proofs to discuss how many and which photos, enlargements and so on. I might add this photographer is a really nice, friendly and passionate photographer. Some might describe her as too meek, caring and forgiving for her own good.

The client waited for the presentation to end and said they were disappointed because the photos were average, would not present them to others from the wedding and rudely belittled her in front of their family by stating the photos were a rip-off! Why were they not told the prices before hand!

The Rude Self Centred Client

It’s true that many hard working photographers who make an above average effort enjoy a more than reasonable income from commercial photography but you will not enter a career in photography without eventually crossing the path of a rude, shrude, nasty customer. Get ready for it if it hasn’t happened to you yet. Similar things have happened to me over the years.

The case above eventually moved to the customer showing their hand by making a stupid and unreasonable offer ie. less than half of the asking price of each shot. This resulted in the photographer being brought to tears and was left sobbing as she quickly walked to her car and drove off in a state with the customer calling out behind her “What about my offer cry baby?”. Remember, she went the extra mile for these people.

As it turned out, she hadn’t discussed the prices clearly and not presented them with a list of fees and package options. I learned early on (due to this kind of thing) you must always get their signature verifying they understand the prices and their options. There should always be a minimal cost too!

When I received her email (same day as the altercation). I suggested she learn from the incident but keep all the images because there’s still a chance to receive compensation. I have also learned that if you are holding the only wedding photos and the customer has seen them (and they’re good) you are by default in a position of negotiating strength in instances like this.

I suggested she write a polite letter (yes, polite) immediately indicating the photos were being held until such time as the customer felt they were ready to pay and pick them up. Rather than leaving it there. I also suggested a negotiated 5% discount would be considered but no more. The levels (bullet pointed) she had gone to attain these wonderful shots and how wonderful they would look as enlargements. There was no retribution, mention of poor behaviour or lack of integrity.

The customer did return and purchased more than what was expected. Why?

My 2 cents worth – If you do go through this type of painful dilemma, make sure you only do it once!

PS. The photographer in this story now has strategic, well written documentation pre printed for signing for every future wedding shoot. This link takes you to asuperior wedding photography information product for  people who don’t want to get caught out and who don’t want to get stuck like the girl above did. Worth getting… yes, and definitely worth checking out!

Here’s one of the few places we know of that can help with all the above at this link – at the very least it gives a good idea of what you should be looking for if you would like a clear blueprint. This wedding photography blueprint is perhaps the best resource to make the most out of your wedding-photography-business I know at present.

PS. If you like this piece, please bookmark it below so you can find it later or leave a comment below that.