Provides tips on image editing (manipulation) software and help selecting an image editing program like Gimp Corel Paint, Cinepaint, Picasa, Pixel etc. Once upon a time, Photoshop ruled the roost of image editing software. However, Adobe’s, Incorporated (what some say) inflated prices and callous disregard of its user-base has created a backlash. While the lion’s share of photo image editing work – particularly in the professional sphere – still happens on an Adobe product, many image artists are beginning to explore alternative software as well. In most cases, the software was already out there before Photoshop was invented. 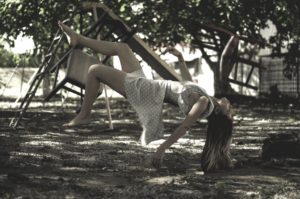 Once upon a time, Photoshop ruled the roost of image editing software. However, Adobe’s, Incorporated (what some say) inflated prices and callous disregard of its user-base has created a backlash. While the lion’s share of photo image editing work – particularly in the professional sphere – still happens on an Adobe product, many image artists are beginning to explore alternative software as well. In most cases, the software was already out there before Photoshop was invented. Having said all that, many swear by Photoshop (I often use it too) and use it for unique work or projects. You can see Photoshop here.

The Gimp – If you ask for an alternative to Photoshop, this is most commonly the answer you’ll get. This is misleading, because the Gimp was never intended to compete with Photoshop, and in fact the development team frankly says on their home page that they’re sick and tired of being compared to Photoshop. “Gimp” stands for “GNU Image Manipulation Program” and it is a general-purpose graphics software package. Being a member of the GNU software application family, it is licensed to the general public and is not only free to download, but free to modify and redistribute as well. In capable hands, Gimp is an exceptional tool; a master user can match everything Photoshop can do down to the last pixel and do more besides. But its interface is very different from Photoshop, and its plugins do similar things under different names and methods. In short, do not come to the Gimp expecting a Photoshop clone, because you will be disappointed and deservedly so. That would be like if you moved to China and expected them to speak English, watch football, and eat hamburgers. There is a huge degree of animosity between Adobe and GNU over this, perhaps the biggest rift in all of computing, so tread lightly when discussing it online. It is so popular now that you can even find extremely helpful guides to show you how to use it expertly in a short period. This blatant affiliate link takes you to a special Gimp guide  I like (see the exhaustive list of subject matter there).

CinePaint – You’ll be surprised to learn that Hollywood movie studios do not use Photoshop – at all! They instead use CinePaint. CinePaint is a free open-source program which is not only used by movie production studios, but is partly developed by them as well. The tool is of course very sophisticated, and started out as a fork from the Gimp project, but has since gone its own way. The interface on it will seem quite outdated, however. This program takes a learning curve.

Corel Photo-Paint – Corel was once the leader in graphics editing software, before Adobe even came along. Photo-Paint, as its name suggests, is indeed intended to be a competitor to Photoshop. It sees much use in the freelance artist field and small businesses. It is also substantially cheaper that Photoshop. It can even use Photoshop plug-ins. Its interface is also different from Photoshop’s, but many users find it easier to learn.

Picasa – Acquired recently by our friends at Google, Picasa is a commercial freeware application which is more of an album manager with some image-editing capabilities. However, for basic tasks it is very smooth to learn and use, and is free to download and use and runs almost anywhere. It does have some filter effects and simple functions for image manipulation. This is largely targeted at the non-professional home user.

Paint.NET – This is an open-source drop-in replacement for Microsoft Windows Paint. However, it has capabilities above and beyond standard platform image software. It is actually more comparable to the Gimp that anything else, but its interface is a little easier to learn and use. Paint.NET has a large feature set and is powerful enough for daily photography use, but has not seen a great deal of uptake amongst the professional sector just yet.

Special Note: Good results with digital backdrops, backgrounds and image editing are often more easily achieved with step by step guidance rather than trying to absorb too much in one go. Why? Because you don’t want to get overwhelmed – like I do when I see food 🙂

If this takes your interest and you want to try it, this link takes you to a website with a valuable tutorial Video you should watch.

I hope these options and review have been of some value at least,